Numbers don’t lie. Or shouldn’t. Like everything else, numbers can become a rhetorical device of deception, the subtle instrument of a cunning persuasion. There is something Machiavellic about numerical constructions. Especially in mathematical equations which too often we mistake as the simple establishment of an identity between two terms.

Modern economics -that so much resembles what Marx used to call the ‘vulgar economy’- seems to feed on this confusion, generating what it is a paradoxical relative objectivity.

Frederick Jameson, in his Representing Capital, asserts that Capital could be seen, among other things, as an attempt to resolve the “riddle of the equation.” In other words: if we are all good people who exchange commodities or sell them (i.e. exchanging them for money) for a reciprocal benefit, if we buy and sell according to fair laws, how is it possible to make profit out of an exchange?

If we pay the right amount of money, if we give something to receiving something in return as an equal and fair counterpart, how is it possible for someone to gain any wealth through this simple operation? There is of course some sort of mystification at work disguised by the technicality of modern economic theory. The numbers contribute to entrench the riddle of the equation behind a protective wall. END_OF_DOCUMENT_TOKEN_TO_BE_REPLACED

The language of ideology, as Althusser prophetically noted, is everywhere. It is not only in the dominant institutions, but also in the small private components of our society, those “private institutions” which according to the neo-classical and liberal tradition should assure the plurality of voices and freedom of expression within society.

Within. That’s precisely the point. Not without. The redundancy of the contemporary debate on ideology has only the effect of poisoning the individual’s perception and to make inextricable a very simple and basic concept: ideology is a way of preserving and reproducing the status quo. More specifically, as Althusser always remarks, a way to reproduce the social relations that are at the basis of the particular mode of production of a given society. Ideology is a practical matter that has little to do with ideas or, at least, only a part of it actually has to do with ideas. END_OF_DOCUMENT_TOKEN_TO_BE_REPLACED

Nothing is easier than to spend money, whether for pleasure or for need. Much harder is to earn that same money. Even harder it is to spend money we don’t own and the hardest it is to pay back the money we borrowed, whether for pleasure or for need. Either way, it is the possibility to spend that money that can make our day bright or miserable: buying food, paying the bills, sending kids to school, going on a vacation, buying a book, enjoying an evening out and so forth. Little daily actions that may change the overall perception of our existence: which food we can afford to buy, which school we can afford to attend, which cities we can afford to visit and which drinks we can afford to drink. Either way, it is all in the numbers that we see on the receipt of a grocery store, or in the balance of our bank account. Either way, we need those numbers to add up to what we need or desire.

END_OF_DOCUMENT_TOKEN_TO_BE_REPLACED 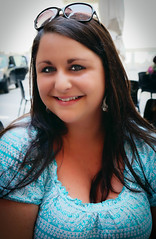